From now until Christmas you can visit this wonderful exhibition in Kings Walk Gloucester by Style For Soldiers. More details are on our events calendar.

Style for Soldiers was founded 10 years ago by menswear designer Emma Willis MBE in response to the severe casualties returning from Afghanistan in the height of the violent conflict. Struck by the challenge these young men and women would now face post medical discharge from the military, having suffered life changing physical and emotional injuries, Emma started visiting Headley Court Military hospital every two months for 8 years to make complimentary clothing to help with self esteem and confidence. The charity also provides Bespoke Regimental Walking sticks which have been sponsored by Their Royal Highnesses The Prince of Wales and Duchess of Cornwall. She has built a database of over 750 injured service personnel who the charity continues to support with clothing for interviews, new jobs and important occasions, hosting the largest reunion parties held in the country, attended by His Royal Highness The Prince of Wales in 2016, including a family day at Woburn Safari Park donated each year by The Duke of Bedford. Ambassadors of the charity include Charles Dance, David Gandy and Telegraph Fashion Director Lisa Armstrong.

A few of the Exhibitors

Stewart Hill : is portrait painter, poet and motivational speaker. Following severe Traumatic Brain injury incurred in Afghanistan whilst commanding B Company, 2 Mercian in Helmand in 2009, Stewart rediscovered a passion for painting and it’s vital healing properties as part of his long rehabilitation. Stewart has won several awards, including shortlisted this year for the RA Summer Exhibition and his paintings are on display in some leading galleries. Sir John Timpson OBE, The Duke of Bedford, Nick Knowles and Ray Winstone have all commissioned Stewart to paint their portraits. He is also an accomplished performing poet, writing about his experiences in the military with breathtaking power, conjuring up for the audience the horrors of the war in Afghanistan and responsibilities of military command. Stewart takes portrait commissions from all over the UK.

Martin Wade was medically discharged in 2015 following his diagnosis of PTSD in 2010 some three years after his return from Afghanistan. During a lengthy stay in a German Psychiatric Hospital he was encouraged to paint as part of a holistic approach to his therapy. He found a way to express creatively things he could not express in words. Martin is receiving significant interest from International Fine Art specialists and his work has been purchased by Antiques Roadshow Art expert Philip Mould MBE

Former Guardsman Dougie Adams was injured in an IED incident on the 21st of June 2012 on his third tour of Afghanistan and suffered the emotional trauma also of his best friend being killed in an IED attack. Dougie was diagnosed with PTSD and discharged from the Army in 2014 and has come to painting for pleasure and effective therapy. He loves dogs and paints powerful and witty portraits but is happiest when he is outside in the wide open landscape, where he feels at peace with his paints and his easel. 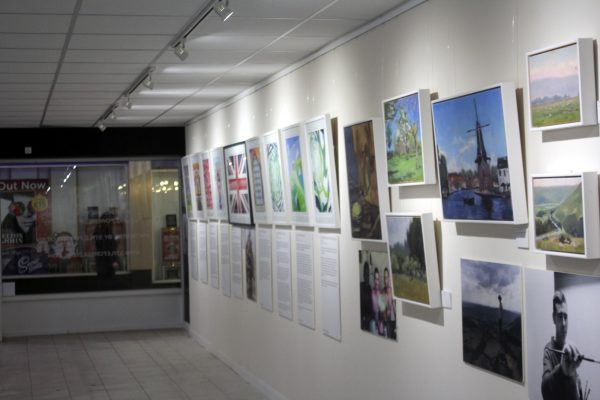 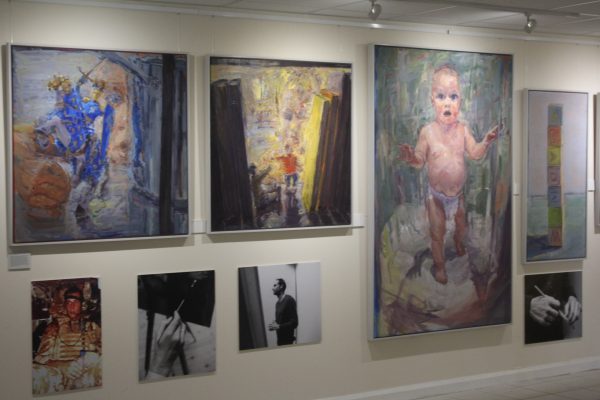 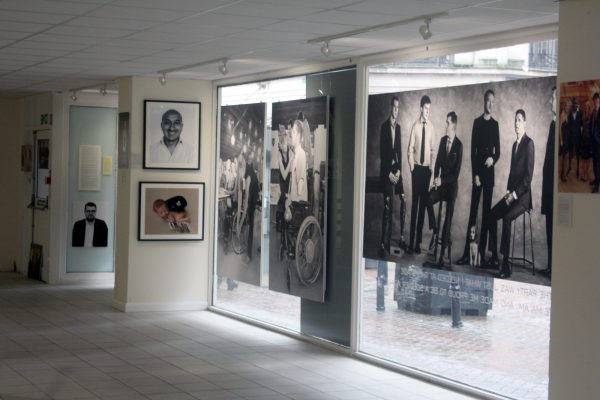